So…. did I mention that I used to work for Tower Records? (In the late ’90s and the early 2000s and is why I was discovered for radio). Tower, founded by Russ Solomon in 1960, grew from Sacramento, California (where I was born) and covered quite a lot of territory, though mostly closed here, stateside, Towers paradoxically STILL exist in Dublin, Ireland and several in Japan!

So, last night, I went to a screening of Colin Hanks‘ new documentary All Things Must Pass: The Rise and Fall of Towner Records. I went with my two old Tower Records name tags on no less! *LOL*

The movie was showing at the Tower Theatre, which is right across the street (same side though) ass the site of the old Tower on Broadway. The location has since become a Dimple Records (as have the old Tower Records in Citrus Heights) and for the occasion of the film, they decorated the outside like this: 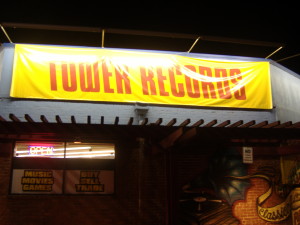 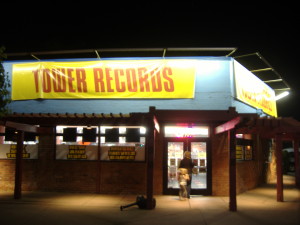 …which I thought was pretty cool of them!

And here’s the Tower Theatre outside: 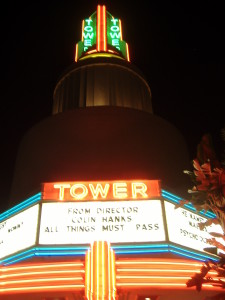 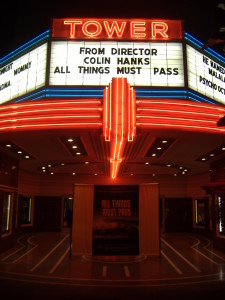 Many were the posters to peep: 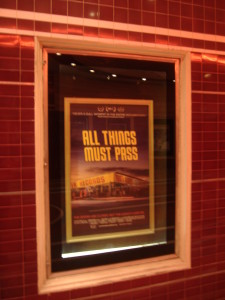 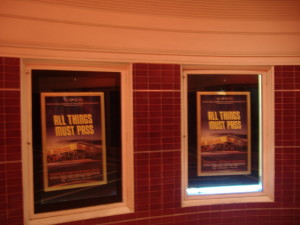 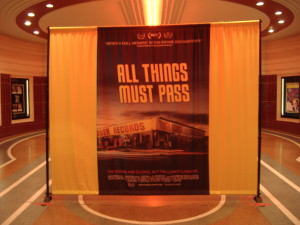 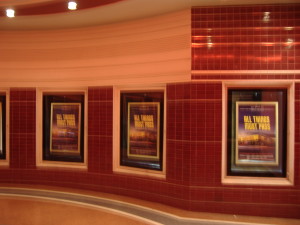 There were other posters for other films, but we know what we’re here to see! *LOL*

Or, is that who…? Colin Hanks was supposed to be joined by Tower founder (and hence, my former boss) Russ Solomon, but he wasn’t there last night (though he did show for the previous night’s screening – give him a break, he’s in his 90s now!) Got to see the Q & A sessions and then met Colin and ask him directly if he’d like to do an interview about the movie, acting, etc. for my movie page’s blog or the (returning) radio show. Fun night. Great movie, great guy, good night. 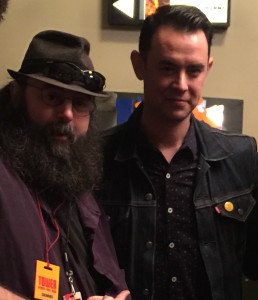