The Back to the Future trilogy is one of my own all-time fave movie series. 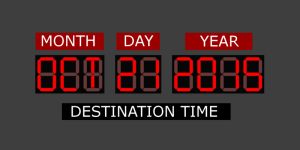 Now, in the actual 2015, some things have come to pass… (flying cars fortunately aren’t one of them – seriously, people just DO NOT know how to drive on the road, on the ground… imagine how dangerously stupid they would be in the air!)

That the super corrupt and powerful alternate 1985 version of Biff Tannen was inspired by a real-world psycho-villain Donald Trump was rather well known back then, but funny how people are rediscovering that again… 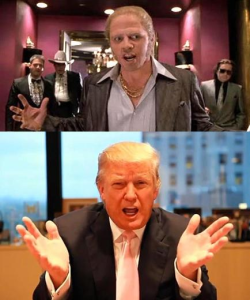 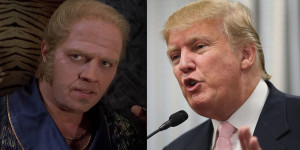 A rich dick who’s been married three times and wants to rewrite history for the worse… Sound familiar to anyone…? Anyone? Anyone? Anyone…? (Ferris Beuller reference there *LOL*)

Although Universal Studios is considering making a new Jaws movie (like the last three were all that necessary… Jaws 2 was sorta okay, Jaws 3-D was all sorts of pre-Sharknadoness and the fourth one – Jaws: The Revenge was rather… um, well – franchise-killing…) during the real-world year of 2015 (the 4oth anniversary of the original 1975 Spielberg-directed adaptation of Peter Benchley’s book), Back to the Future Part II had a Jaws 19 in 2015… So here’s a funny fake preview of that imaginary flick (directed by Steven’s son Max according to the marquee in the movie):

Dunno if Universal will poop out another pointless Jaws sequel/remake/sidequel/spin-off/whatever, but there’s to be more Jurassic flicks… *sigh*

Luckily, Back to the Future creators Robert Zemeckis and Bob Gale have repeatedly stated that there will NEVER be ANY Back to the Future reboots – EVER! *Whew* Ducked the Jar Jar / Bay syndrome there! *YAY!* The future IS secure! *LOL* (SERIOUSLY!!!) But below is some fun with the notion of a “Part IV”:

Back in the real 2015 timeline, there IS a sweet new documentary on the Back to the Future TRILOGY:

…and The History Channel recently ran a special called Back to the Present – (Sunday, October 18) about how Part II kinda predicted some scientifical advances… 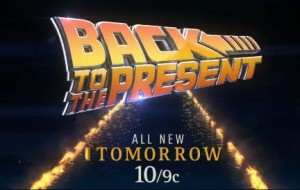 Several websites and blogs have rundowns of the various “predictions” made by Back to the Future Part II for October 21, 2015 – ones that were spot-on, and ones that weren’t… How many can you spot? 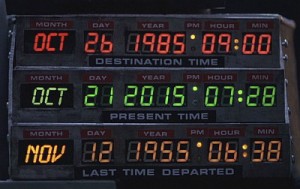 …and on that subject, here’s a bit of College Humor on what BttF P2 got wrong: